RSS Feed
← Getting Out
Scientific →

My mom says there are people who are the boss of her.  I thought mom was the boss, but I guess she doesn’t make all the rules.  I wonder if that means I have to do what her boss says.  Who do I get to be the boss of?  So anyway, I got a nice present with some sparkly red tights in it from someone who used to be mom’s boss when she worked in New York City.  Mom said that this person’s favorite thing was to have Santas all over her house at Christmas time.  So I thought that I should dress up like Santa to say thanks.  We were driving behind Santa on the way home today. At least that’s what the license plate said, and who would go around with a license plate like that all year if it wasn’t true?

I got to see mom’s bosses again.  We dressed up for the fancy restaurant because it was a party.  Mom said I had to be good, so I did my best to just be seen and not heard.  I can be very charming if I feel like it.  The fancy restaurant was called Elway’s, you can see John Elway’s signature on the sign. 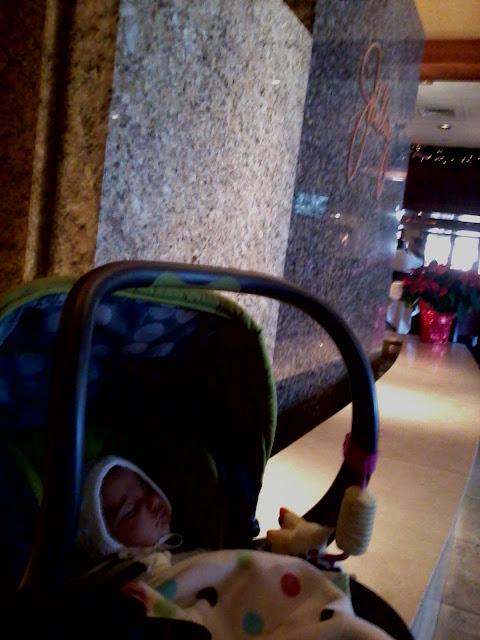 Posted in Uncategorized. Bookmark the permalink.
← Getting Out
Scientific →